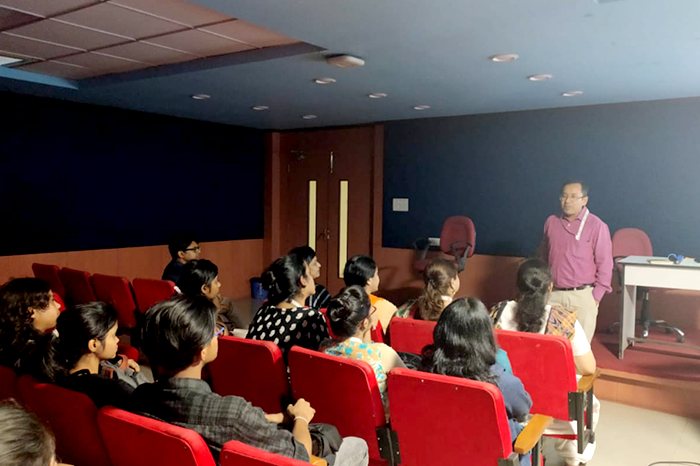 On June 5 2018, the World Environment Day, the theme ‘Beat plastic pollution’ with India as the global host was adopted. Prime Minister Narendra Modi also mentioned it in his radio show Mann ki Baat and called for saving environment. But Mann ki Baat wouldn’t yield any outcomes until it becomes Jan-jan ki baat and the citizens of India realize the drastic effects of plastic and feel the need for saving environment.

With the continual growth of the world population, the waste people produce is increasing exponentially. Our modern lifestyle perhaps has more disposable items that are non-bio-degradable. The accumulation of these products has led to a level of pollution that is changing the ecology itself. As plastic is composed of major toxic pollutants, it is causing great harm to the air, water and land.

In order to support the global efforts to tackle plastic pollution, the Environment Club of Adamas University has taken up ‘No Plastic Zone’ project in a joint venture with the CSR Club. As a part of the project, a talk on ‘No Plastic Zone’ was organized at the University campus on Friday, November 22, 2019 at the Video Conference Hall in the Management Building between 4.30p.m. and 5.30p.m. The speakers were the faculties of various departments of the University.

The first speaker was Dr. Rudra Prasad Saha, Associate Professor, School of Life Science and Biotechnology. He explained to the audience how plastic is causing irreversible pollution to the earth. Dr. Indrani Ghosh, School of Science, in her presentation enumerated the harmful effects of plastic use and the alternative items which can be the substitutes of plastic. Single-use plastics came in for special mention – including health and environmental hazards they are causing. The ‘summing-up’ was done by Ms. Anamika De Amin, Convener of CSR Club and the Programme Manager of all 15 Clubs at Adamas University. Mr. Monoj K. Singh, Convener of the Environment Club, had helped a lot to organize the programme. Other attendees like Dr.Pragyan Mohanty, Ms. Shinjini Nag and Ms. Parama Kundu – Assistant Professors from School of Education lent their presence at the event.

It is hoped that programmes such as these, would help create and increase awareness amongst the students and provide them enough reasons to adopt an eco-friendly lifestyle.